Skip to content
Menu
by Wayne Kelly
In June I had the fortune to travel to the United Kingdom and Ireland for work and pleasure. The last time I was in Europe was in 2008 and I was excited to see how traveling had changed with respect to getting online.

Back in 2008, I didn’t have an iPhone or iPad and travelled with a bulky laptop which I had trouble connecting to the Internet. So in 2008 I did what I had done on previous trips, track down Internet cafes and spend an hour here or there connecting with everyone through email and downloading and printing my work and travel materials – if that was even possible in the hot and sweaty cafes I found myself in.

This time around I had a fairly busy travel schedule, hitting 5 cities in 6 days. I wanted to stay well connected with family and work as it was busy times for both. To make sure I could travel quickly and flexibly as well as ensuring that I could be in touch most of the time, I needed to have regular access to the Internet and would need more than Internet cafes. Equipped with an iPhone and an iPad, I had portable devices that would keep me connected and let me do my work, but I needed to figure out how to get online regularly. Before the trip I was trying to decide whether or not I buy a data plan in Europe or pay through the nose for an international travel plan through my Canadian carrier.

I got as as far as unlocking my iPhone, a new freedom here in Canada, before I stumbled across some blog posts that described staying connected solely via free wifi when traveling in Europe. I was skeptical as I wouldn’t want to travel here in Canada relying solely on wifi that may or may not be available and free at airports, hotels – I know I can always get free wifi at Starbucks or Subway here in Canada but that’s not often convenient and often not even an option in rural areas. What the heck I thought, lets give it a try – with an unlocked phone I can always grab a SIM card and data plan if i get frustrated by the lack of wifi access in my travels in Ireland and the UK.

As soon as I landed in Heathrow airport, I wanted to double-check my accommodations and low and behold free wifi was available. Travelers in Canada know that free wifi is not a sure thing in our airports.The next day I hopped on a train for my next destination and saw that Virgin trains offers high-speed Internet access on route! This was the only time I paid for wifi but it was only $9 Canadian for 3 hours of wifi while I travelled, which seemed like a bargain to me as it was much cheaper than the $5-10 an hour i paid at Internet cafes in 2008. Wifi while traveling was my favourite feature and this train journey was the first of many opportunities to surf the net while watching rural areas go by.

I soon discovered that wifi was available at an extraordinary number of locations and almost all of it free and of good quality as well. I almost always had at least 5Mbps download and often more than 10 Mbps through the free wifi. On this trip I was able to have Skype calls in pubs such as this one in rural England; FaceTime with my wife and kids as I crossed the Irish Sea on Irish Ferries as well as stream satellite radio while I watched the beautiful Irish countryside go by on the Irish Rail trains. Even as I left to come home, my shuttle bus to the airport in Dublin had free wifi which let catch up on email, check the weather and send off some chats to let family know I was successfully on my way home.

On this trip I was able to access wifi easily several times a day at public locations, at every bed & breakfast I stayed in, and on almost every bus, train or boat that I took. This allowed me to keep in constant touch with family, keep on top of things at work, and to change travel plans quickly and easily when I needed, as well as making it much easier to play tourist and find my way round the different places I ended up. 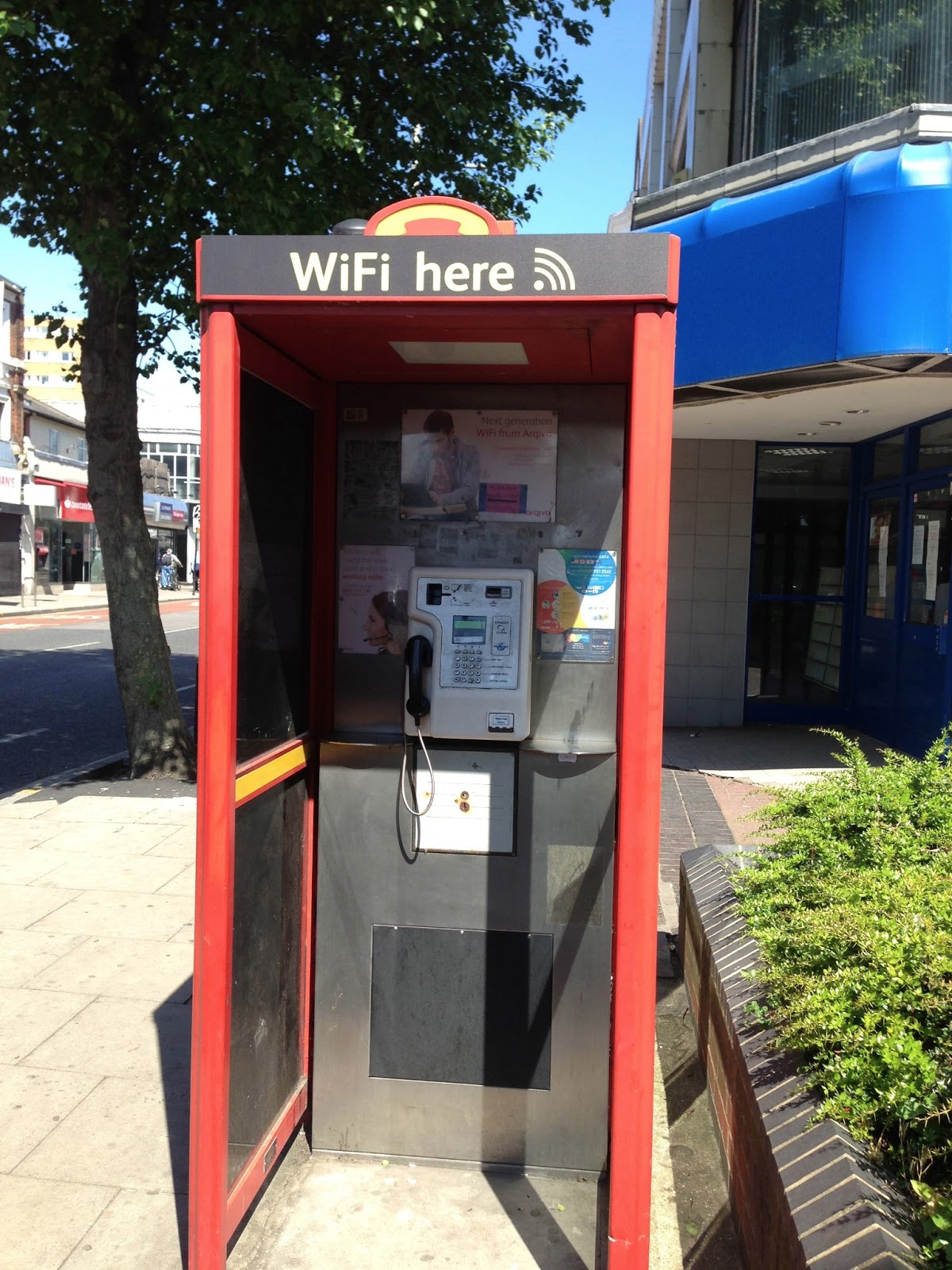 Free and plentiful wifi is an amazing thing as a traveller. In small towns and large cities in the UK and Ireland I was able to easily connect to the Internet. In contrast, in Canada I sometimes have difficulty connecting in many large cities let alone in small towns. I know that affordable and quality Internet access offers much more than just benefits for travelers, but from a tourism perspective I can now testify to the importance and benefits it provides when visiting a new town or region and that alone should be more than enough for most communities to ensure that wifi is free and plentiful in their town.
Wayne has his own blog dealing with rural developement and technology at  Community Developement and Knowledge Sharing and he has been a frequent contributor to Exploring Rurality:
The Next Big Resource? Harnessing Digital Youth in rural Canada
`The Internet of Elsewhere`   works for countries, what about communities?
Want a good return on your money? Try investing in High Speed Rural Internet!
Recipe for Rural  Community Developement in the New Economy
WAYNE KELLY is an ICRPS alumna (Guelph, Canada 2004 and Leuven, Belgium 2005) and holds a MRD from Brandon University in Rural Development. Wayne is currently working as the research manager for the Rural Development Institute at Brandon University and has worked in rural community development for the past 12 years. His research interests include rural ICT and innovation, knowledge-based planning, community economic development and community engagement.
Photos courtesy of oDonovan and Wayne Kelly
Scroll Up